Be part of this
FREE gathering and
Transform your Mindset, Health, Wellness 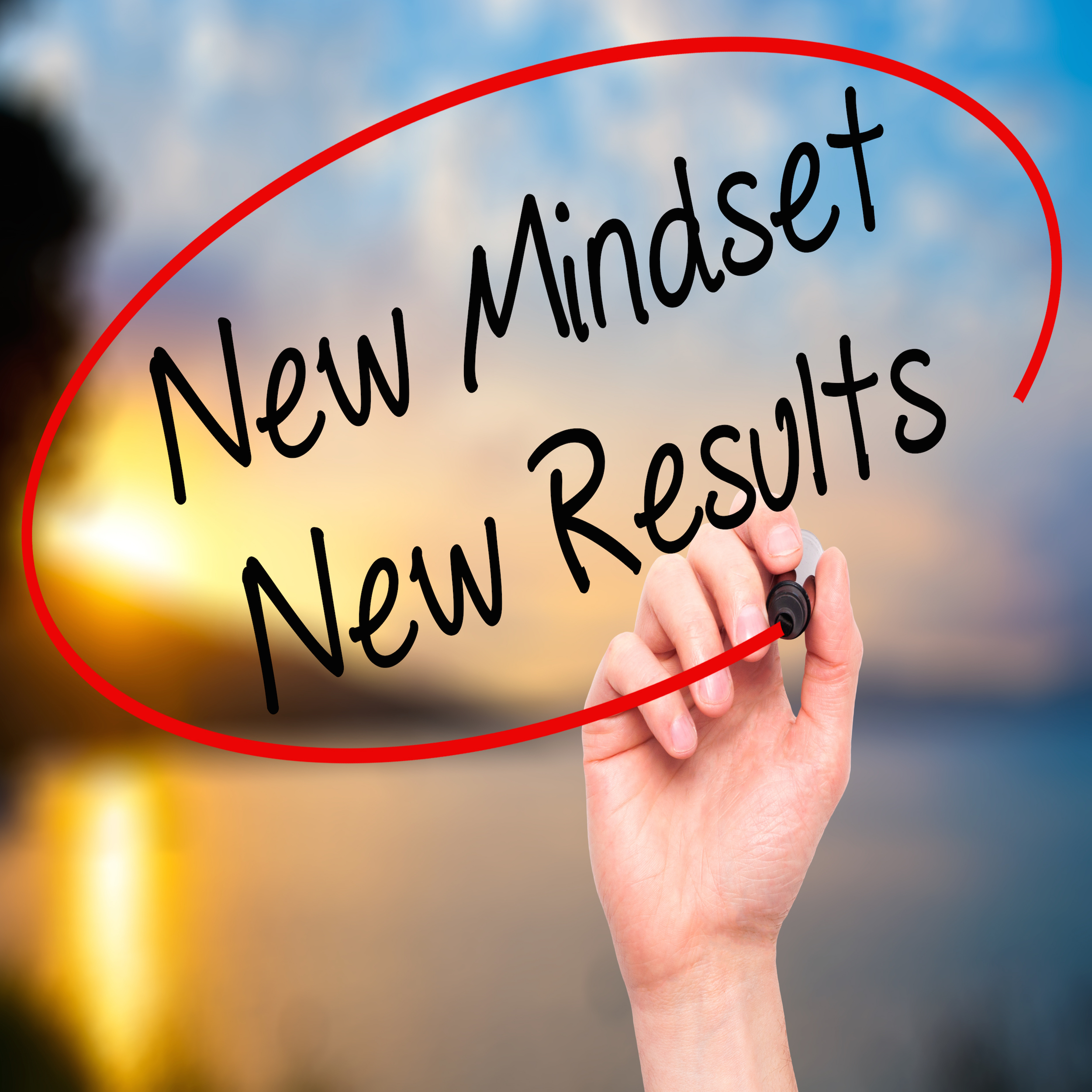 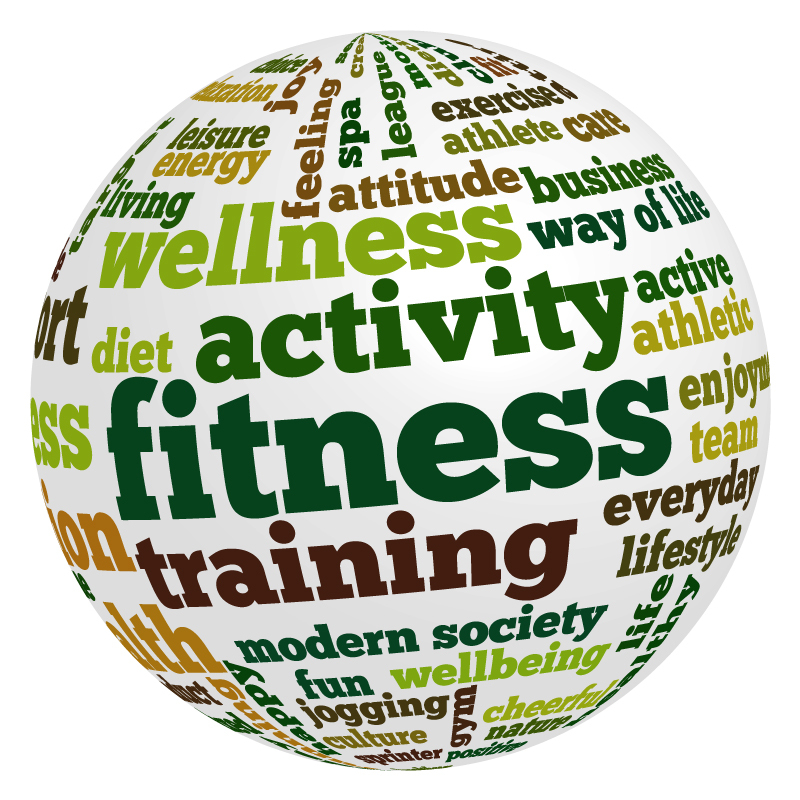 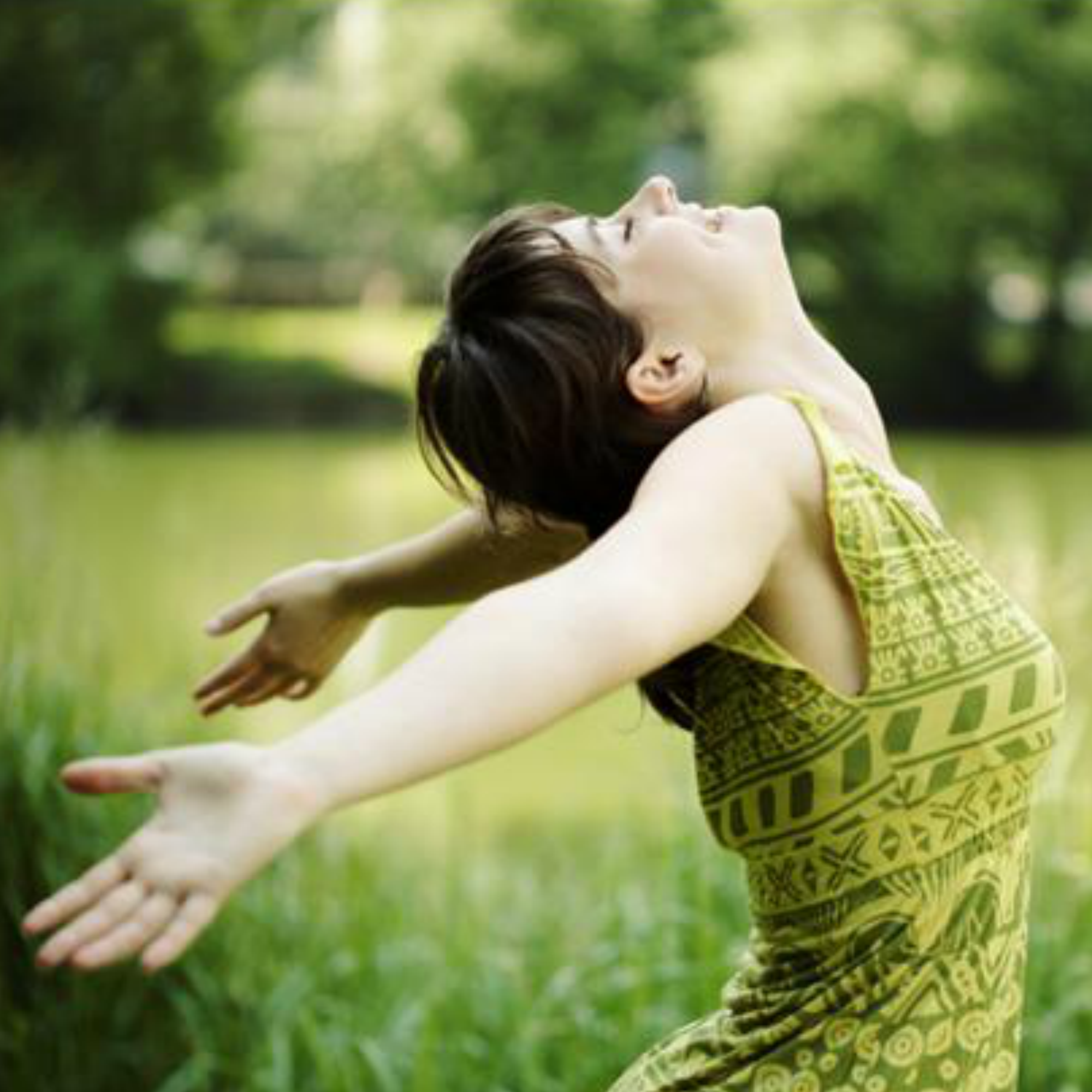 This Summit is for you if:

This Summit is NOT for you if:

Get powerful tools to live your healthiest, happiest, most sustainable life AND transform  – from the inside out

Join us from anywhere
in the world.

The summit starts in...

Register for our
FREE summit!

Learn from a dozen experts and luminaries from across the fields of natural health, inspiration and green living 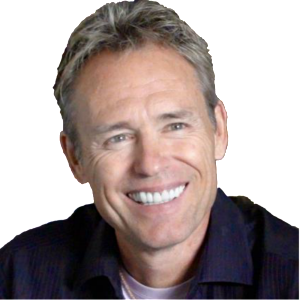 Michael is the CEO and Founder of Essanté Organics. Embracing his strong belief that using only 100% industrial-chemical free, certified ToxicFree®, certified Organic, Non-GMO and Wild crafted products can allow the body to achieve long-term wellness, Michael leveraged his business successes and decades of experience, with his passion for formulating healthy products that make a difference in people’s lives. Michael Wenniger pioneered and launched his most successful venture to date, Essanté Organics, in 2009, the first USA based direct sales company to offer 100% certified ToxicFree® commodities (daily use products) on a global scale. Michael is passionate about helping everyone to “Live free. Chemical free and financially free.” Essanté Organics, The Organic Living Company®, has become the industry leader in creating these much needed daily-use products. Mr. Wenniger was chosen as one of the top 55 CEOs from a competitive list of almost 500 CEOs across the world. 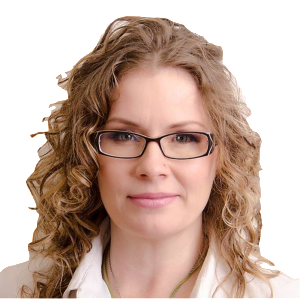 Candice is an Integrative Nutrition Holistic Health Coach, Birth Doula and Certified Live Blood Analyst.  She has studied nutrition from The Institute for Integrative Nutrition, The Institute for Integrative Medicine, Replenish PDX, Duke, Stanford and UCSF.  She has practiced in private and group coaching programs, coaching up to 4,000 people in a group setting.  She has helped clients release  and maintain weight loss goals including that stubborn last 5lbs all the way up to 100lbs.  Candice is passionate about food as medicine and teaching people the benefits of whole food nutrition.  She has worked on the  Food Revolution Summit with John & Ocean Robbins for 4 years now and The GMO Summit with Ken Cook and she was a guest speaker at the Parliament in Victoria, BC for the very first March Against Monsanto.  She is passionate about freeing women from physical and financial pain. 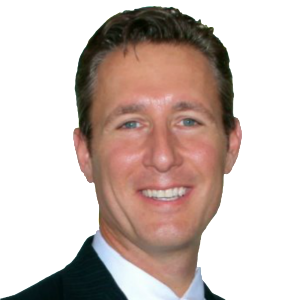 Dr. Jonathan James Levine graduated in the fall of 1991 from Life University, College of Chiropractic in Atlanta, Georgia.  In 1992 Dr. J.J. Levine began building his practice in Arizona by personally recruiting his very first patient.  He continued to personally develop his practice and soon, he built a renowned, referral-only wellness facility caring for 150 patients a day. To date, Dr. J.J. Levine has cared for over 4,000 patients and people continue to travel to his multi-million dollar facility (some from out of the country), to receive his care and guidance on how to live a healthy life.  Today Dr. J.J. Levine practices chiropractic part time, 16 hours a week.  He works with a team of hand-selected doctors who mentor with him and assist him in caring for his patients. Dr. Levine is a renowned wellness trainer of thousands and a radio personality who has opened on stage for Dr. Deepak Chopra, the world's most famous wellness physician. 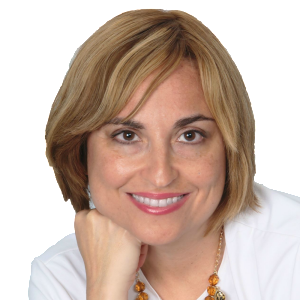 Carolyn is a healthcare industry Quality Improvement Consultant, Integrative Nutrition Health Coach and Certified Intrinsic Coach. She has a Masters in Public Health and 14 years experience in public health. She was previously a research fellow at the CDC National Immunization Program and achieved the Partners in Public Health award for her work there. She worked for the New York City Health and Hospitals Corporation for 7 years and ran a successful health literacy program which served over 6000 patients. She recently managed various disease prevention and control projects for Fidelis Care New York, a large New York City based health plan. She runs facebook groups with 100+ members. Her passion is helping moms by informing them of what's in their products and helping them make wiser shopping choices for their family. 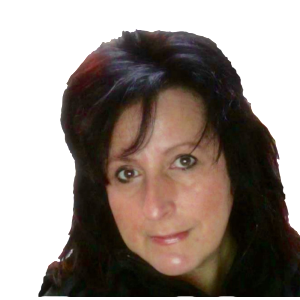 Jana is an internationally certified, practicing Aromatherapist, having studied at the Pacific Institute of Aromatherapy.  Originally from NYC Jana resides on beautiful Whidbey Island, Washington, where she thrives on educating others in toxic free living, and the difference between Organics vs. Non Organics.  Jana Szabo is a motivational life coach who catalyzes her audiences into healthier lifestyle choices. Jana graduated with a BFA in music from Cornish Institute of the Arts in Seattle, Washington,  and continued her studies at Dartington College of the Arts in Great Britain.  She has been a Music Teacher, Singer, and Composer for over 30 years, and is a Sound Healing Practitioner, and a Reiki Master with a strong background in Qigong.  Jana Szabo is nationally recognized for wildcrafted and organic spa product development. She developed and owned the spa line for over a decade and marketed her line to spas, hotels, health clubs, and the general public. 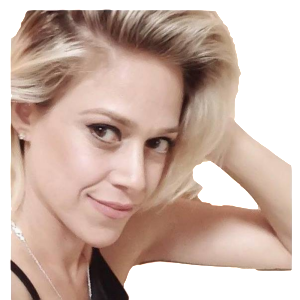 Dina is a Licensed Skin Care Specialist since 2000, and an Independent Wellness Consultant since 2004. Her concentration lies in general overall well being, preventative health and wellness through natural Health modalities. 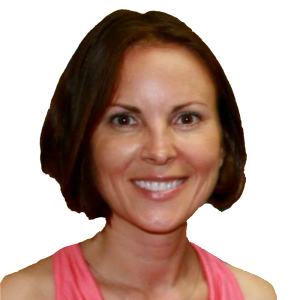 Teri is a Trauma Unit Registered Nurse, Yogi and Wellness Warrior. Teri is an incredible Health Coach who specializes in Mindset and the Power of Intention. 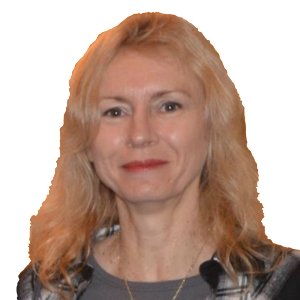 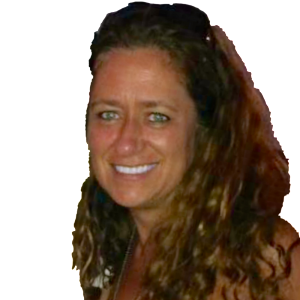 Exact foods to avoid to be healthy

As a Thank You Gift after registering for Total Health & Wellness Transformation Summit, you will receive a FREE Alkalizing Guide with a list of foods that you should eat more of and which foods you should eat less of to maintain a healthy pH Balance in your body… Including a Video explaining Why Alkalizing is Important for you to be in Top shape and Best health. 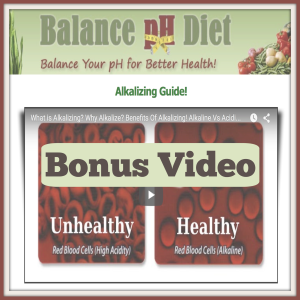 As a Thank You Gift after registering for Total Health & Wellness Transformation Summit, you will receive a FREE Alkalizing Guide with a list of foods that you should eat more of and which foods you should eat less of to maintain a healthy pH Balance in your body… Including a Video explaining Why Alkalizing is Important for you to be in Top shape and Best health.

Register for FREE and claim your special BONUS GIFTS!

Join us for This ONLINE SUMMIT

Takes place weekly over 12 weeks and is absolutely free. You don’t want to miss it!

You’ll get insights and practical information you can use in your life right away, from our respected visionaries and experts. It’s about reconnecting to our true nature, and the nature around us, to heal ourselves and the planet. 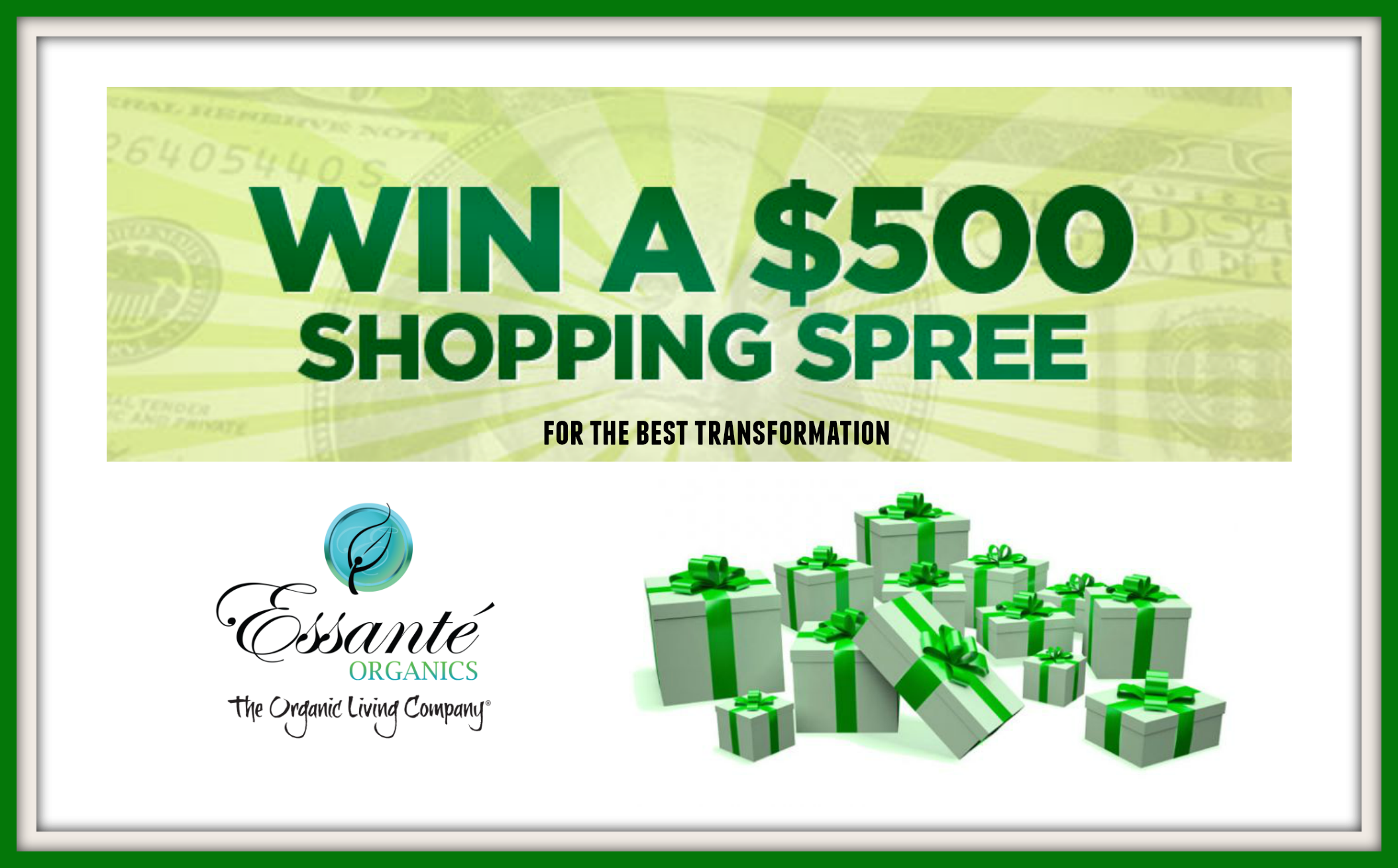 Register here to join us on the Summit!